The Olsen style through the years...

Who's your favourite? Mary Kate or Ashley? We dreamed of being a twin watching tv shows 'Two of a Kind' and 'Full House', and films 'Billboard Dad', 'Passport to Paris' and 'New York Minute' but Mary Kate and Ashley have grown to be so much more than the cuter than cute child star twins they once were. (We just spent a good half hour talking about 'Two of a Kind' and the Nickelodeon days of 'Sabrina the Teenage Witch' and 'Saved by the Bell' - ahh to be a child again! Anyway...) Today the two 27-year-olds are fully fledged high fashion designers with companies The Row and Elizabeth and James, and thus massive style icons. Whilst they are both very successful in fashion, they each have, like most sisters and bffs, completely different styles. Ashley sports a more classic style, sticking to bold colours and elegant fits, whereas Mary Kate has become famous for her 'boho/eccentric' chic look. Since they were famous from such a young age we can see how their style has developed from the beginning.... 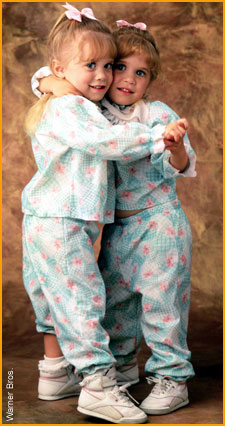 If they wore these outfits now they would be on trend, how weird is that?[/caption]

Did someone say silk pjs? So cute![/caption]

Loving the colour blocking in Sydney![/caption] 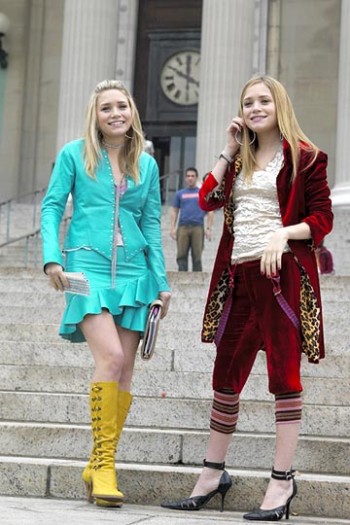 Looking funky on the set of New York Minute![/caption]

Both looking seriously famous at the Chanel show, Mary Kate looking slightly edgier than her twin.[/caption] 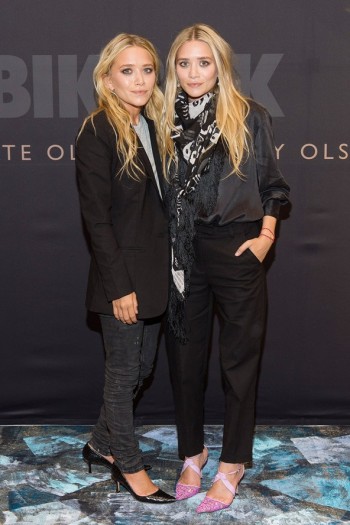 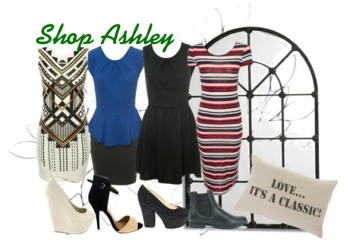