Taylor's got a new boyf... and we're so jealous 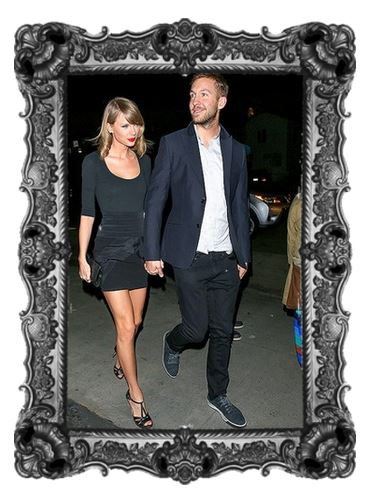 At IKRUSH HQ we wish we were cool enough to have our pick of gorj new boyfriends every few weeks just like our fav girl crush Taylor Swift! She doesn't waste time on getting friendly with the world's most charismatic men. However, this time it seems like she's went a bit closer to home, and by home we mean OUR home. Tay has been dating Dumfries born Calvin Harris and to make it even more celeb style, none other than their joint bezzie Ellie Goulding has been rumoured to have set the couple up following a "spark" between the pair. Personally we think if Calvin hadn't accepted Las Vegas residency and had stayed in lovely Dumfries, we would have been in with a chance! I doubt anyway that Swifty would have fancied Calv when he first started out his career and looked a little more like this (soz everyone):

Calvin's dating history has been kept slightly more on the DL and has mainly consisted of beautifully perfect models, who don't look human, and UK chart topper Rita Ora who he produced a song alongside. It didn't end well unfortunately for Rita as Calvin was rumoured to have banned her performing any songs that he had produced stating he had a "damn good reason" for doing it.

With both of their dating track records, maybe this new blossoming relationship will also end in disaster, and with some kind of dance/pop song? We're hoping not, but Calv if you're ever looking again, you know where to find us!