Taylor & Kanye: The Feud Is Back On!

It is all going down with Taylor and Kanye! Just when we thought the celeb frenemies were kinda more on the 'friends' side of their relationship, Kanye dropped his latest album and reignited their long-running feud. 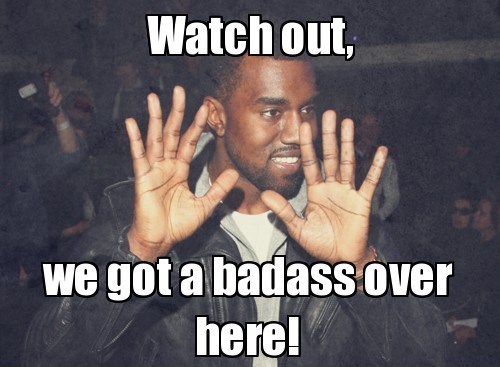 At the launch of his new album, The Life of Pablo, Kanye debuted his track 'Famous'. The song has the lyrics:

Predictably, fans went into meltdown and Taylor's rep was quick to confirm that she did not know anything about the lyrics of the song. Yeah, we find it quite hard to believe that Taylor would be on board with this, no matter what Kanye says.

Not content with letting Kanye have the last word (and we can't say that we blame her) Taylor went on to make a little dig at Kanye during her acceptance speech for Album of the Year at the Grammy's. Taylor said:

"As the first woman to win Album of the Year at the Grammys twice, I want to say to all the young women out there: there are going to be people along the way who will try to undercut your success or take credit for your accomplishments or your fame."

You got that, Kanye?

Meanwhile in Kanye-world, the rapper has recently admitted to being in 53 million dollars worth of debt! Kanye said the debt accumulated whilst he was trying to build up his clothing empire.

Somehow we don't think T-Swift is going to be lending him money any time soon...