Have Ellie And Dougie Split For Good?!

Ellie and Dougie- is it all over?!

Oh no! Ellie Goulding and McFly member Dougie Poynter are allegedly on a break, just weeks after getting back together from a recent break up. The pop pairing have been together for two years, and we think they make a super sweet couple. Sources say however that they were finding it difficult to spend time together due to their hectic careers. 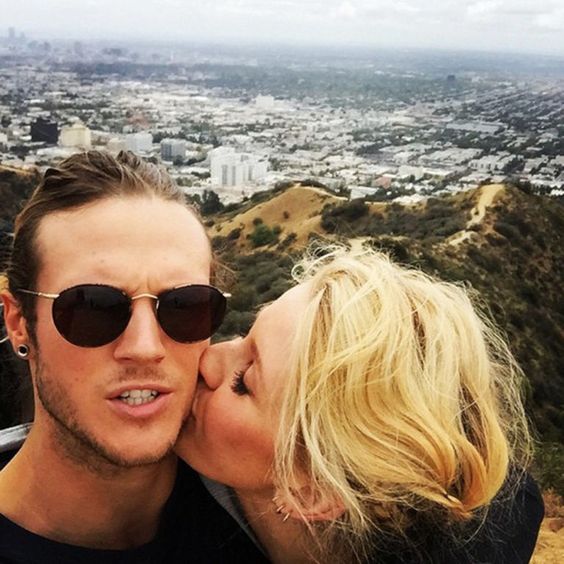 29 year old Ellie is getting ready for a busy 2016. The Love Me Like You Do singer will be completing her world tour in Europe, before spending three months in North America during April. Dougie meanwhile is said to be in LA trying to kick-start an acting career.

Last year, Ellie spoke of how she would like to get married to her guitarist boyfriend and that he had changed her view of relationships. Ellie told Glamour magazine at the time:

'...when someone comes along and re-establishes that trust, [whispering now in case Dougie overhears] then it's nice to think of doing everything the traditional way: having a church wedding, with all my family in one place - I love the idea of that."

In March 2015, the loved-up couple even got matching tattoos  of skulls on their middle fingers. Ouch.

Ellie used to date Radio 1 DJ Greg James and has previously been linked to Ed Sheeran, Skrillex and 1D's Niall Horan. Dougie was in a long-term relationship with Frankie Bridge from The Saturdays before meeting Ellie.

We hope you work things out guys!